skip to main | skip to sidebar

For SiewPoh's birthday this year, we shared a meal at a flash new Chinese eatery with Versace looking plates. The whole establishment had matching Versace looking furniture too... 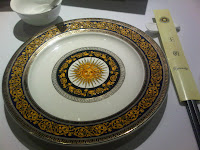 To start off dinner, shredded duck soup - there wasn't much duck in there 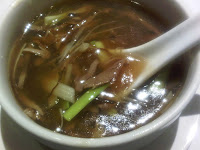 hot and sour soup - SiewPoh and Gary both enjoyed this 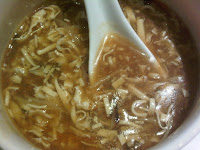 prawn, eggplant, chinese donut in claypot - tasted like it was stir fried in sweet chilli sauce but spicier 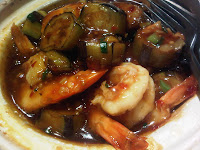 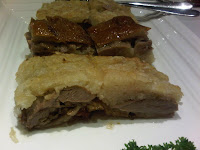 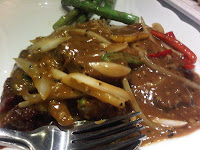 as per chinese tradition, birthday noodles need to be had and it came with pippies and dried crab egg roe - the pippies were real tough, we had to leave most of 'em uneaten and the crab egg roe gave SiewPoh who was allergic to it an itchy mouth as it wasn't identified until after consumption 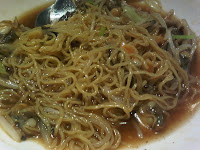 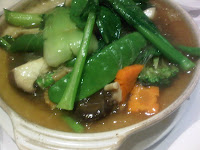 free ice cream - this was plonked down on our table without introduction nor explanation, so we just dug in and gave the dessert menu a miss. i think they did this to hurry us along as we were the last ones in the restaurant by then. -mi! 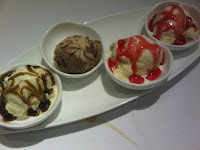 Posted by Melbies/Foodies at 10:35 AM

Melbies/Foodies
Diverse personalities, traits and life stories, paths crossed in Aust as charming melbies... United together through woes and glories, separated though by geographic boundaries.... Firm as friends we are as past alkies, keeping in touch with reviews of foodies.